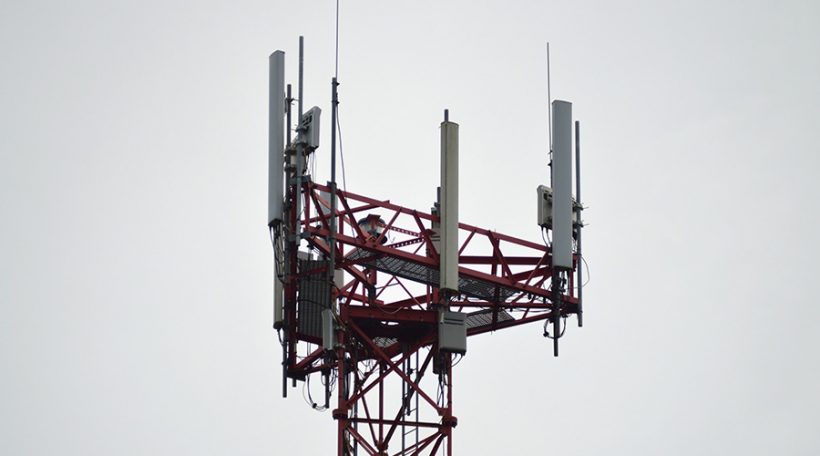 MK team worked with a leading global communication provider headquartered in the US helping them optimize their process with a potential annual savings of $6 Million.

The Client is a premiere global communication provider headquartered in the US and provides communication services to enterprise, government and carrier customers via an extensive fiber network on three continents and has a global services platform that reaches out to more than 500 markets in over 60 countries.

The client was trying to accomplish the following::

3) Baseline the process by providing listing of identified process improvements for contract negotiations and vendor management.

The project was guided by the following set of broadly stated research objectives:

Here are the key phases by which our team arrived at the solution:

The following figure shows the levels of analysis: 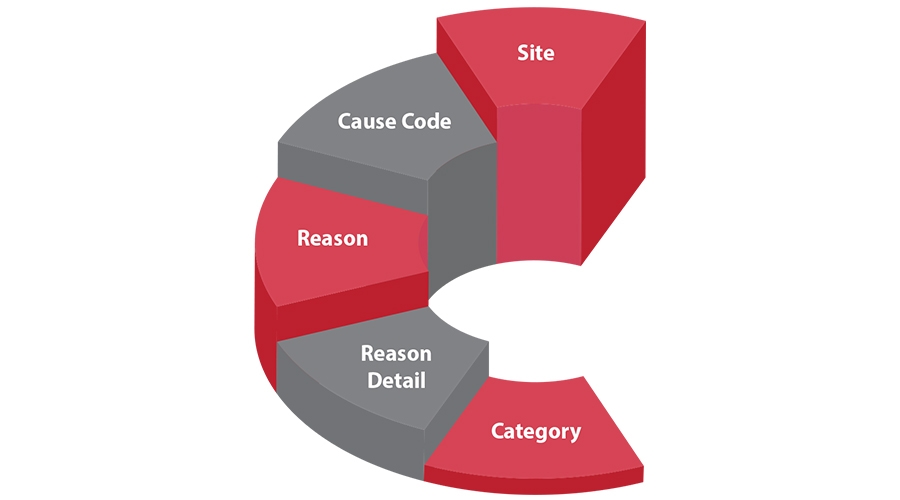 The process workflows for each of the 20 reason details were mapped in detail, separately for each vendor based on the following logical distribution:

With the help of the detailed process maps, the Turnaround Time (TAT) was analyzed to understand the variation between the two vendors and it was found that one of the vendors was taking lesser time to handle a ticket at Tier 2 & 3.

The TAT was further drilled down to identify the statistically significant factors for each vendor. These factors were then discussed in a brainstorming session with the vendors to find out the top reasons with the help of statistical tools like Cause & Effect Analysis and Control-Impact matrix. The results are as below: 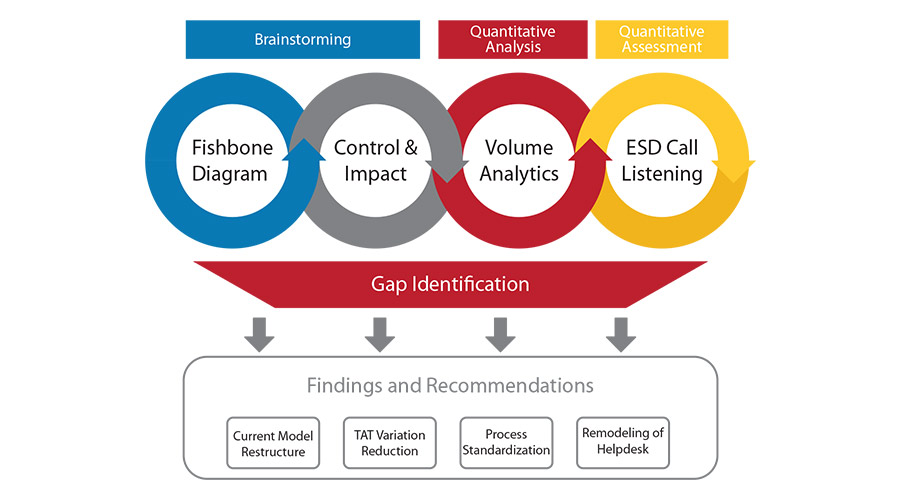 Vendor 1 had a fairly smaller time spend (or touch time) to process the ticket as compared to that of Vendor 2. With ticket cost being a function of time spent, it was analyzed that Vendor 1 had staffed more resources than required and was paid a very high ticket cost. Moreover, Vendor 2 was not consistently measuring their time spent which led to an assumption of a higher (than usual) figure for time spent in the TAT analysis.

The data dependencies on user community inflate the overall TAT by 5-8 business hours. This also indirectly impacts the touch time as the technician takes time to update the records or communicate with the user to explain the need of required data.

Recommendations were provided on the following key factors deduced during the analysis, which were responsible for high variation in TAT:

Through the following recommendations, the process optimization would result in reduction in turnaround time variation and thereby making the process more predictable with productivity boost: 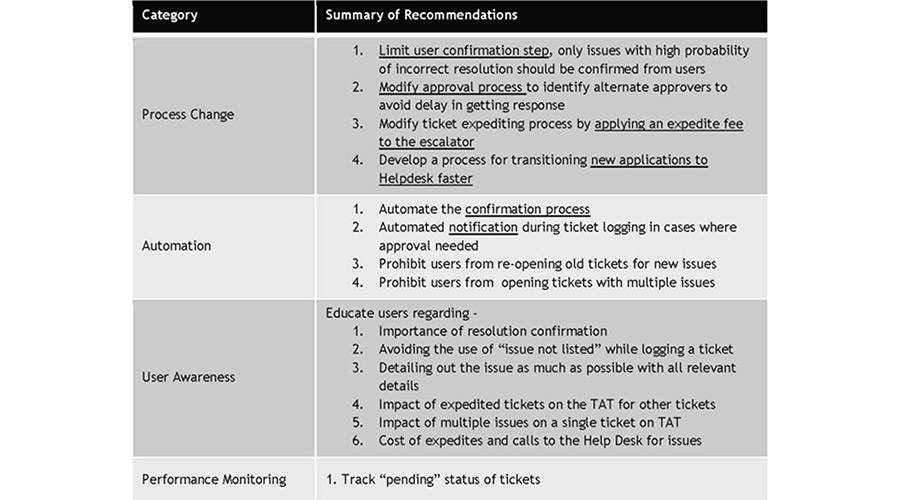 Our efforts resulted in providing a complete set of optimized process and potential annual savings of $6 Million ($ 515k per month). It also led to a significant reduction of 40% in their current ticket cost. The process model restructure would potentially allow the staff to be reduced considerably.

There was a comprehensive report shared with the stakeholders within a period of 8 weeks and was hugely appreciated for the recommendations on the strategic placement of vendors as their current managed service agreements appeared to have structures those were limiting /unfavorable to the company’s interests.